Skip to main content
It looks like you're using Internet Explorer 11 or older. This website works best with modern browsers such as the latest versions of Chrome, Firefox, Safari, and Edge. If you continue with this browser, you may see unexpected results.

Write it Right - A guide to Harvard referencing style

How does referencing work?

If you have used an idea from a book, journal article, etc. you must acknowledge this in your text. This is referred to as citing.

Author prominent citing
This citation method gives prominence to the author’s surname (family name) as part of your sentence with the date and page number (the page number is necessary if you are quoting directly) in parentheses (round brackets).

Example:
Gregg (1994, p. 7) describes the primary function of the comma as the setting off of ‘nonessential expressions that interrupt the flow of thought from subject to verb to object or complement’.

Information prominent citing
This citation method gives prominence to the information with the required referencing details in parentheses at the end of the citation.

Quotations should be used sparingly, selected carefully, used in context, and integrated into your text and reproduced exactly (including the words, spelling, punctuation, capitalisation and paraphrasing of the original writer). LIT policy permits authors to use a maximum of three figures or tables from a journal article or book chapter, single text extracts of fewer than 400 words, or a series of text extracts that total fewer than 800 words without requesting formal written permission from the author.
A quotation is used if:

Short quotations (fewer than 30 words) should:

Long quotations (more than 30 words) should:

Example
Gregg (2001, p. 4) emphasises the place of the semicolon in academic writing: The semicolon has always been a neurotic creature, continually undergoing an identity crisis. After all it is a half comma and half period, and from its name you would think it is a half colon. It is hardly any wonder, then, that a lot of people are half crazy trying to determine who the semi-colon really is and what its mission in life is supposed to be.

Quotation marks
Quotation marks are not used for longer quotations. When using an information prominent long quotation, the full stop will be included after the last sentence of the quotation after the citation as shown below.

Example
Gregg cautions against the careless use of punctuation:
One important caution about punctuation. If you find it particularly hard to determine the appropriate punctuation for a sentence you have written, the chances are that the sentence is improperly constructed. To be on the safe side, recast your thought in a form you can handle with confidence. In any event, do not try to save a badly constructed sentence by means of punctuation (Gregg 2001, p. 4).

For example:
Gregg (1994, p. 7) describes the primary function of the comma as the setting off of ‘nonessential expressions that interrupt the follow of thought from subject to verb to object or complement…and it separates elements within a sentence to clarify their relationship to one another’.

If the quotation does not begin at the start of a sentence, an ellipsis should be used to convey this to the reader.

For example:
.…many writers have difficulties with the use of capitalisation in essays (Gregg 2001, p. 10).

' "When your mama was the geek, my dreamlets” are the first words in Katherine Dunn’s Geek Love and this book explores how a family of freaks who are the grotesque attractions in their own carnival accept themselves and use their status as freaks to leverage themselves to a position of power’.

How to cite – in the body of your text

When you cite someone else’s work, you must always state the author/editor and the date of publication. If the work has two authors/editors you must cite both names when citing in the body of your own work. Only use the author and date; do not include the title, place of publication, etc., because these full details of the item are written in your reference list at the end of your essay.

Example: 1 Author cited in the body of your text: O’Brien (2001) emphasises the importance of wind energy for the national economy.

Example: 2 Authors cited in the body of your text: The work of O’Brien & Ryan (2001) stresses the importance of renewable energy for the rejuvenation of economies.

For a work which has three or more authors/editors the abbreviation ‘et al.’ should be used after the first author’s name.

Example: The work of O’Brien et al. (2001) emphasises the progress Ireland has made in the field of renewable energy in recent years and suggests future developments.

For a work which has the same author and was written in the same year as an earlier citation, you must use a lower case letter after the date to differentiate between the two.

Example: The work of O’Brien (2001b) emphasises the need for appropriate financing to be made available for renewable energy projects.

For quotes over two lines have a separate, indented paragraph.

If you wish to use a long quotation which is over 2 lines in length but wish to omit some of the text you can remove the unwanted text and replace with ‘….’ This is known as an ellipsis.

When you use quotations within your text, sometimes you may want to insert one or two words in the quotation so that your complete sentence is grammatically correct. To indicate that you have inserted words into a quotation, these have to be enclosed in square brackets.

Charts, diagrams, pictures etc. should be treated as direct quotes in that the author(s) should be acknowledged and page numbers shown; both in your text where the diagram is discussed or introduced, and in the caption you write for it.

Using tables, figures, images and graphs in the body of your text 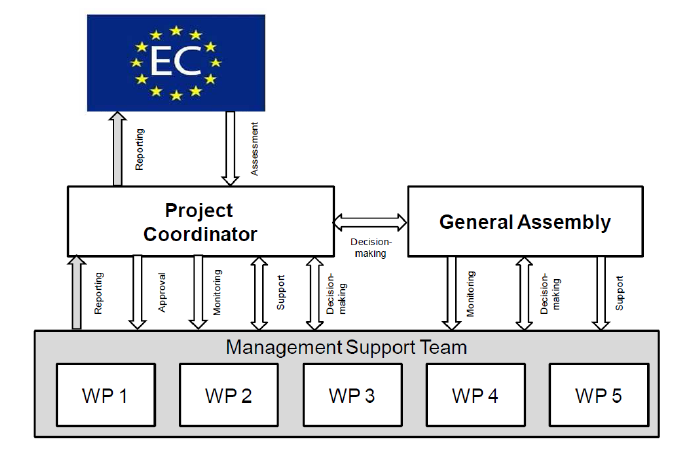 *Please note that if the table/figure/image/graph has been adapted – Adapted with permission is stated instead of Reprinted with permission.
*Please check with your lecturer/supervisor if you are expected to use published illustrations in your assignments.
The above figure would also feature in a List of Figures in your essay, dissertation or thesis.

The Library, Limerick Institute of Technology